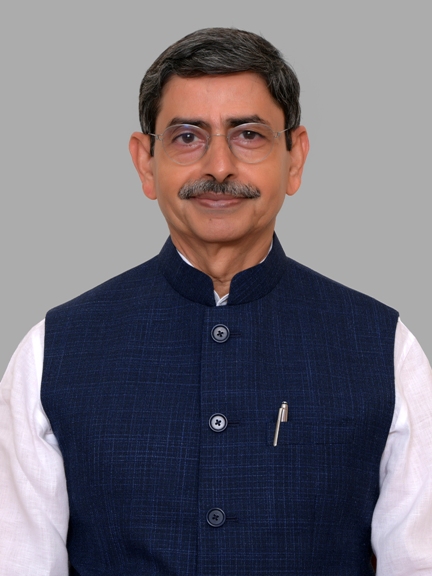 Thiru. Ravindra Narayan Ravi born at Patna in Bihar did his Masters in Physics in 1974. After a brief stint in journalism joined the Indian Police Service in 1976 and was allotted to the Kerala Cadre. He served in Kerala in various capacities including Districts for over a decade and then in different parts of the country in various capacities. While serving in the Central Bureau of Investigation (CBI), he led several anti-corruption crusades against organised criminal gangs including the mining mafias in the country.

While in the Intelligence Bureau (IB), Ministry of Home Affairs, Government of India, the premier intelligence agency of the country, he served largely in theatres of insurgencies and violence including in the Jammu & Kashmir, the North East and the Maoist infected regions. He also specialised in the dynamics of human migration in South Asia and worked extensively on the political sociology of border population.

He has played crucial roles in conflict resolutions in areas affected with ethnic insurgencies and brought several armed rebel groups into peace. He was the architect of India’s international cooperation in counter terrorism and intelligence sharing.

After retirement from Government service in 2012, he wrote regular columns in national dailies.

He was appointed as the Chairman of Joint Intelligence Committee in the Prime Minister’s Office, where as the Head of the Intelligence Community, he co-ordinated and guided the agencies to meet the National Security needs of the Country.

He was appointed as the Centre’s Interlocutor for the Naga peace talks in August 2014. Within a short time he could achieve a paradigm shift in the peace process by bringing the issue from abroad to the land and its people and made it truly inclusive by making the genuine stakeholders integral to it. Soon all the rebel armed groups signed agreements for a settlement of the seven decades old separatist insurgency within the Indian Union and the ambit of the Constitutions of India, which could usher peace in Nagaland and the rest of the North-East India. He was appointed as Deputy National Security Advisor in October 2018.